“Sometimes you listen to things and you think ‘I’ve only really had one idea in my life, and I’ve just been doing it in a hundred different ways ever since…’ that’s a sort of slightly depressing thought, but then you can remind yourself that that was also true of Samuel Beckett, and Miles Davis, and a ‘few’ other people.”

Hollis’ work has been a fairly constant feature of my creative life. The Colour Of Spring contributed hugely to ending my misguided moratorium on pop music (and the glossy aesthetic legacy of the 80s), and the subsequent records would become central to my perspective on the trajectory of rock and guitar music in the 21st century. While minimalism was already well integrated into my constitutive lines of flight via such obvious figures as Reich, Glass, Sakamoto, and others, it was Hollis that really made me understand how important the judicious application of silence is to the entire foundation of musicality, whatever the context. The delicate, restrained beauty of so many of Talk Talk’s more defining moments (the beginning of Spirit springs immediately to mind) were revelatory.

He has been dead for weeks now and I still can’t listen to his music without coming undone. Hopefully that will give way to a more sublime and constructive kind of sadness soon, but I can at least write about that music, offer a brief elegy.

Hollis was a master of arrangement, but he was a creature ahead of his time in that he recognized that to take music further we would have to become more granular with our creativity, shift our focus from the compositional context to the primarily timbral. It wasn’t about arranging songs, verses, choruses any longer, we had done that to death. What Hollis did was he arranged texture, he arranged sound, delicate, alien, underscored by the weight of silence.

Of course on top of this emphasis on texture and sound-for-itself (which premeditated the course that electronic music would take over the following decades) he was a poet, a singular vocalist, and a dynamic composer. The axiomatic aspects of his aesthetic project are present throughout each of these features of his work – by the time Spirit had come around, for example, the textual content of his songs had been pruned and compounded into sparse, translucent lyricism.

While Spirit and Laughing Stock are often championed as harbingers of what would unfold within the underground rock world over the subsequent decades (which they very much are) it’s The Colour of Spring that really speaks to what Hollis was able to do, a bridge between the straightforward synth pop of It’s My Life and the leftfield art rock that would follow. The intimate nature of the production is on full display from the get-go, with the stripped down drums drawing attention to the syncopated ornamentation throughout Happiness Is Easy. The snare is still engaged on the snare drum here (by Spirit it will be almost entirely absent) but it’s already dry as a bone relative to the enormous gated reverbs that characterize 80s production orthodoxy. The stilted fills and choked cymbals set the stage for the sparse, clear acoustic guitar and double-bass flourishes. This track also features the first of the many decidedly unusual solos that are such defining features of the record, manifest here as an off-kilter synth, an alien horn from an uncanny valley.

These leftfield solos are central to what made this record so appealing to me back when I was a creatively ambitious guitarist confronting the artistic bankruptcy of contemporary rock music, they display an incredibly original approach to sound design that is present across the album, coexisting with the pop music structures and stylings of each song. It’s there at the very outset of I Don’t Believe In You, one of the tracks that pulled me in early on with its dramatic intro, a single discordant synth stab that sounds like an ethereal car peeling out juxtaposed over delicate nylon guitar. The second and perhaps best of the solos makes its appearance here too – where Happiness included a synth masquerading as a trumpet, here we have a guitar sounding decidedly like a synth. The early strains of Hollis’ full-throated desire to reconstruct the dogma of rock n’ roll as futurist sound art are on full display. This carries on in Life’s What You Make It, with its soaring guitar leads. Give It Up features another blistering guitar solo, one that sounds even more like an excerpt from a noise album. These solos are categorically unlike those you find on a Led Zeppelin or Pink Floyd album, derived not from ego but from Otherness. Give It Up is probably the track that most catalyzed my entire love affair with this band, a relatively straightforward, brilliantly catchy affair that benefits so much from the space that Hollis’ had begun to apply to such great effect in his compositions, each chorus collapsing into gentle, detailed ambience floating over punchy drums. A sublime emptiness seething behind the hooks and bombast.

All of this foreshadowed what Spirit would accomplish. It opens with the familiar gentle strings, a muted trumpet, incidental music for a film that dissolves into environmental field recordings and meandering melodies that deteriorate further into unsettling, droning destitution and then – a guitar. This is it, no moment, in my mind, speaks more to the heart of what it was Hollis was doing than that first guitar chord, framed against nothing, loaded with more sonic power than Tchaikovsky could ever have managed with all the artillery in the world. This moment gives way to an utterly gut-wrenching harp solo, a climactic point of Hollis’ experiments using instruments as proxies for other instruments, in this case a harmonica aping a synth, convincingly. The beginning of this record is legendary and rightly so, one of those wonderful instances of an artist truly managing to communicate the heart–or should I say, Spirit–of what they are trying to do.

I could ramble ad nauseam on this topic, but really I should let Spirit of Eden and Laughing Stock speak for themselves. Their magnificent secrets should be able to better make the point I’ve been trying to make here. If it’s not obvious at first, keep listening. If we are to continue to express ourselves meaningfully we must learn how to use old words in new ways, learn how to frame them such that their decrepit character is rendered anew. As Brian Eno pointed out, many of history’s greatest artists were obsessed with a specific idea, were channeling an abstraction of a single aspect, a discrete facet of the goddess that is creation. Those ideas, impossible to articulate with the languages of the embodied, are embedded in their artifacts and accomplishments. Go listen. 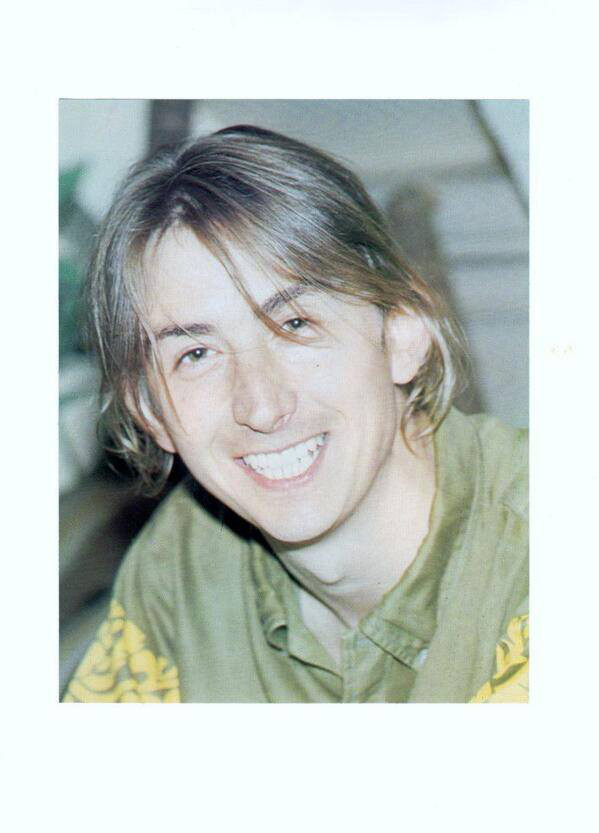